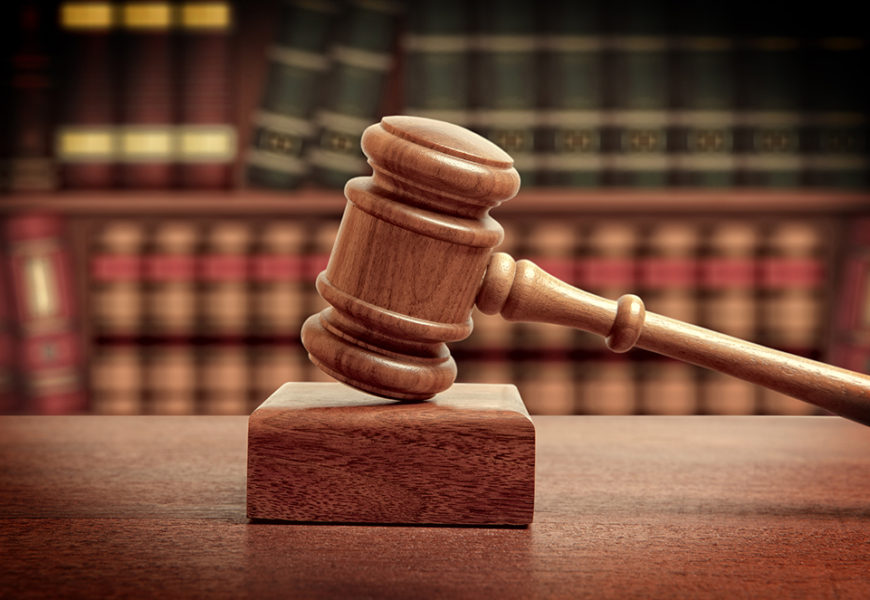 Community Justice Glasgow partners have been monitoring the impact of the extension of the Presumption against Short Sentences (PASS).  This was extended in Scotland on 04/07/19 from three months to 12 months, which means that a sentence of 12 months or less should not be imposed unless the court considers that no other method of dealing with the person is appropriate.

The Scottish Government released information at the end of February showing the number of custodial sentences imposed each month, breaking this down to 12 months and under and over 12 months to help demonstrate any impact that PASS has had in its initial 6 months.  This data also showed other disposals, to demonstrate the impact on community based sentences.

This data did show that overall custodial sentences have been falling, although not at a hugely significant rate, since the extension of PASS.  This reduction in the use of custody is also consistent with the ongoing trend in the use of custody which has been reducing since 2017. This decrease is moreover only reflected in men, the number of women imprisoned (although significantly lower in number than men) has not reduced over this time period.

Sentences of one year and under as a percentage of overall sentences imposed did begin to reduce since the extension of PASS, from 11% of all sentences in July 2019 to 9.5% of sentences in November 2019.  However, it is yet to be seen if this trend will be maintained, as by December 2019 it had risen again to 10.7%.  December is often an outlier in the trend with custodial sentences, and so observation over a longer time period would be required to fully assess any real trend. 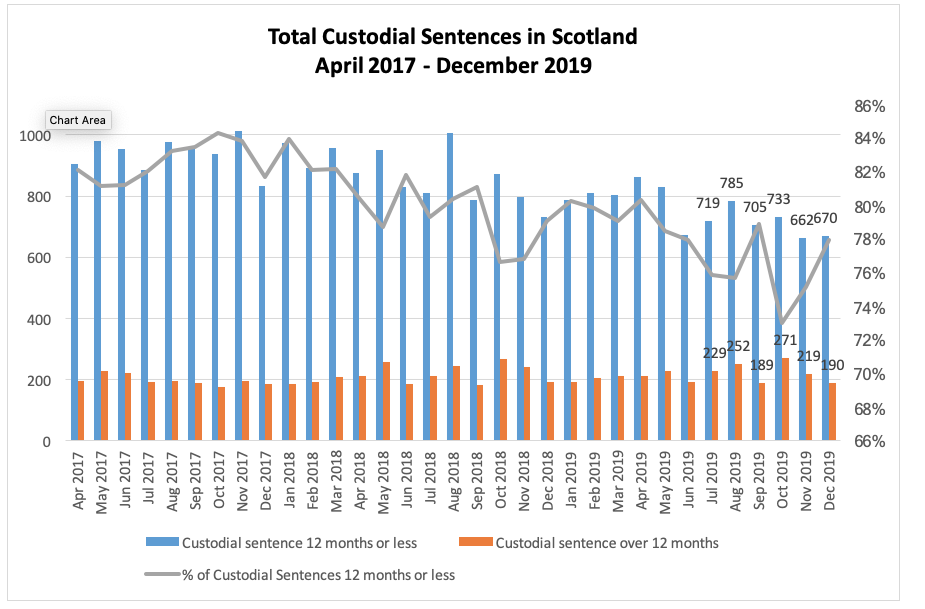 It is difficult to assess the impact of PASS on community disposals over this time period as the numbers have fluctuated greatly over such a short period.  They reached a peak in October 2019 (1841 community disposals – which is 24% of all sentences).  However, for each month since the number of community disposals has decreased, and by December 2019 there were less than prior to PASS being extended.  This can be seen in Table 2 below. 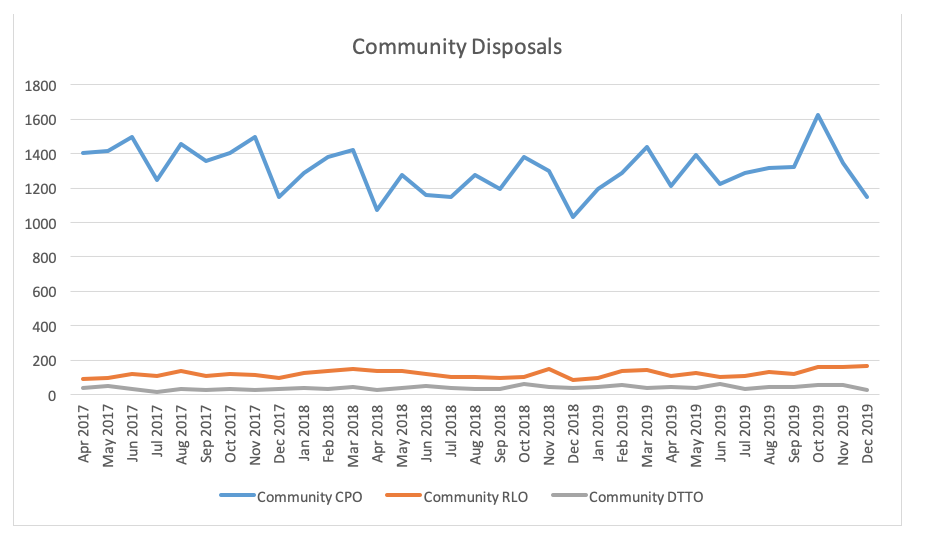 The main community disposal used is Community Payback Order (CPO), with small numbers of Restriction of Liberty order (RLO) which is electronic tagging, and Drug treatment and Testing Order (DTTO) across Scotland.  DTTO numbers appear to be largely unaffected, but there has been an increase in the use of RLO since July, which has been maintained.

The number of CPOs therefore have the most significant impact on this trend as they account for by far the majority of community disposals.  Historically, the month of December appears to always have lower numbers of CPOs imposed, and so no conclusions can be reached in relation to the trend at this point.  Again, further observation over a longer timeframe will be required to assess the full impact on community disposals, which have also since been affected by COVID-19.  Traditional CPO unpaid work crews have been unable to operate in the same way due to social distancing measures.  The time period in which to complete CPO unpaid work hours has also been extended through the Coronavirus (Scotland) Act, and the impact of reduced court activity will also have an impact with a delay in new orders.  This provides further complications to fully assessing the impact of the extension of PASS going forward.

PASS has also had very little impact to date on the overall prison population, which remained above 8000 until late March 2020.  At this point, prison population data shows a slight reduction compared to when PASS was first extended to 12 months, but at the time this reduction is made up mainly through a reduction in remand prisoners.

Scottish Prison Service weekly statistics show that the number of sentenced prisoners has remained largely the same since July 2019.

We hope in the future to be able to provide analysis at a Glasgow level and will continue to monitor the situation. 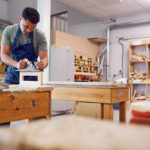 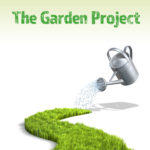